Yo. It’s been a long time since I updated this particular series. In fact, I had basically given up — the last entry was in last May. My only excuse: 2013 was a relatively thin year for Let’s Plays, at least as far as I was concerned. There were highlights that I should have mentioned, but it was slim pickings in general.

2014 has really only just started, but it’s already showing promise. There are at least three LPs I watch regularly and two of them update daily. Incidentally, those two are developed by the same guy: Mr. Christopher Odd. This guy is a beast, and I’m here to support him and his excellent taste in videogames.

Mr. Odd has become one of my favorite Let’s Players for several reasons — his play style is similar to my own, with an eye for story and detail, he especially delights in RPGs and takes his time involving himself in them, and he already has a huge library of games I love to play (and better yet, games I love to see played). His library includes the Bioshock series, Dishonored, the Deus Ex series, the Metro series, The Witcher 1 and 2, and even the twin tearjerkers, The Last of Us and The Walking Dead. 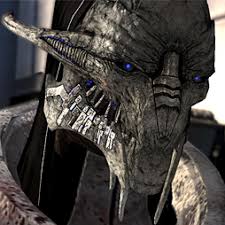 With Mass Effect, Odd takes the same care he’s always taken with RPGs and tries to immerse himself in the game’s story as much as he possibly can. He spends hours reading the Codex — an in-game encyclopedia, basically — to enhance his knowledge of the lore, and whenever interacting with the characters he makes the effort to put himself in Commander Shepard’s shoes and make emotionally-driven decisions.

As a little bonus, he also chose to play the first game with a player-made mod that seriously enhances the textures — part of the reason I thoroughly enjoyed his Let’s Play is because I’ve never seen the game look so good. He’s just started Mass Effect 2 now, and he’s already liking it better than the first. I kind of dread his playthrough of the lackluster ME3, though.

There isn’t much to say of his Dark Souls playthrough other than I find it both hilarious and exhilarating whenever the game throws a new pitfall into his path, often reducing him to a manic leapfrog.

It helps that his videos are so long, I think. (This one is 42 minutes!)

Thanks for joining me today.