David Mamet, celebrated playwright, moviemaker (and curmudgeon) says The Lady Eve is a perfect movie. Or a superlative of equal weight. I don’t have his book, Bambi vs. Godzilla, in front of me so my quoting will be from memory. Perhaps this is unfair and unprofessional, but I don’t care. His opinion is so definitive, and I disagree so heartily, that I’m determined to criticize him and invent his supporting argument at the same time. 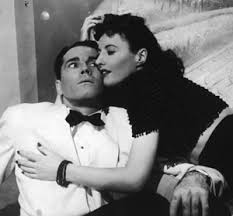 The Lady Eve (1941), written and directed by Preston Sturges.

Mamet is a Three Act man. (No surprise, considering his theatre training.) A play, or screenplay, is divided into three distinctive units that build toward a unified climax. In the case of Eve: Stanwyck tricks Fonda, falls for him and is thwarted; Stanwyck tricks Fonda, seeking revenge, but falls for him anyway and is thwarted; Stanwyck plays straight with Fonda and they live happily ever after. The structure is classic. Mamet is a genius.

At least, he’s a genius as far as he goes. This script fits very nicely in the slots, but guess what? The movie is horrible. Three Act structure does not a winning picture make.

Now I rise up in righteousness and claim that my cataloguing method, the Enneagram, will show whether this script is successful or flawed. I wrench the mantle of filmmaking genius from Mamet’s grip and place it around my shoulders. Watch this, ma.

Meet Charles Pike, wealthy son of a brewing family. Henry Fonda plays the shy, clumsy snake-loving nerd returning from a scientific trip up the Amazon. He flags down an ocean liner and hitches a ride, his man Mugsy (the great William Demarest, or as I know him, Uncle Charlie) at his side.

Watching him board are Barbara Stanwyck‘s Jean and her father, Harry (the character actor Charles Coburn, or as I know him, Piggy). They are lovable card sharps looking for a mark. Later in the dining room they see that Charlie Pike is definitely their man.

Out goes Jean’s leg, down goes Charlie Pike, and their relationship is begun.

Much now ensues. Jean works the innocent Charlie (Hopsy, a brewery joke, is his nickname) with all the sexual wiles a woman of the 40’s could use. Hopsy is smitten. Jean and Harry invite him to a friendly game of cards, amidst a dozen or so comedic bits, until eventually Hopsy loses $32,ooo. He doesn’t mind, though, because he loves Jean and proposes to her. By now she loves him, too, and intends to bare her soul to him in the morning. In the meantime, Mugsy-the-man finds proof of Jean’s duplicity and shows it to Hopsy.

The break-up is our Switch. Their first attempt at a relationship hits the rocks, and both of the lovebirds are heart-broken.

But that doesn’t stop Jean! Only now she calls herself the Lady Eve, an English such-and-such, who sashays into the Pike house as a visiting neighbor secretly seeking revenge. Hopsy is sure he’s seen her somewhere before! Ridiculous excuses are plied, Hopsy (who is only Charlie now) proposes and Eve, with a wicked glint, accepts. On the train trip honeymoon Eve “accidentally” reveals her previous elopements to seven (seven!) different men. Charlie leaves her and Eve, who should feel satisfied, is regretful. Charlie is sailing back for the Amazon and Eve, now Jean again, intercepts him.

Out goes Jean’s leg, down goes Charlie (now Hopsy) and the lovers are reunited.

Hopsy, deciding in a second that, after the horror of Eve, Jean is an angel, kisses her.

As you can see, the Enneagram for this movie stacks up quite nicely. I am just as successful as Mamet at explaining why, according to formula, Eve should be a knockout. Only it’s a painful disaster. I could hardly bring myself to recount the plot for you. Therefore, another element must be necessary for a winning film.

I call that element “heart.” Mamet would probably call it a character arc, which is a fine term, too. You see, no one in their right mind would give a rat about Charlie/Hopsy. He’s a worm at the beginning and a worm at the end. He may be the First Stupid White Male ever put on film, and he never gets any smarter. Watching Jean smirk, and the clever card moments play by, is not enough to make this movie likable. We need a worthwhile hero, and Charlie makes Wonder bread look interesting in comparison. I don’t know why Mamet was willing to overlook this gaping hole (he doesn’t say), but I can’t. Henry Fonda probably wished this film down a memory hole, considering it’s the worst thing he ever put on celluloid.

The upshot? Mamet is wrong. (Or, he’s so enamored of slapstick that character development is a secondary concern.) The important lesson is: structure is essential but it cannot stand alone. My opinion is give The Lady Eve a pass.